hoffman
The Caldwell Report
(1983-1985)
In order to assess the effectiveness of the Hoffman approach as impartially as possible, we consulted two experts in the field of psychological research. Dr. Alex B. Caldwell and Dr. Curtis S. Hileman worked together in conducting detailed evaluations of psychological test data provided by our clients and statistically analyzing the results. Their primary interest was in examining differences in important areas of psychological well-being between the time that people began the process and the point at which they completed it thirteen weeks later.

To study these matters, over a three-year period they randomly selected 58 clients to complete the Minnesota Multiphasic Personality Inventory (the MMPI) – once when people initially decided to take the process and then again at the end of the program. MMPI profiles were then rated by the two clinicians on 11 dimensions of mental health, which the researchers believe to be central to healthy adjustment. Notably, the MMPI is one of the most respected tests for measuring the degree and nature of psychological difficulties and change. There was no control group for this study.

It should also be noted that as an important pre-requisite step in establishing the scientific reliability of the research findings, it was found that Drs. Caldwell and Hileman showed high agreement rates between each other in independent test interpretations, and each of these two MMPI authorities were highly consistent in repeated evaluations of the same respective tests.

On the whole, we believe that the findings of the Caldwell Report serve as a foundation for endorsing the value of what the Hoffman Quadrinity Process has to offer for those individuals who experience a need for personal change and are willing to risk an attempt at personal change. Although the research project was not designed to conclude that people who take the Hoffman Quadrinity Process will most assuredly find their way to a better life than those who decide to work things out on their own, the research findings do suggest that Hoffman Quadrinity Process participants make significant strides toward more satisfying and productive lives and that the Process is beneficial for increasing the rate with which such strides are made and the potential for long-lasting effect in such gains.

In summarizing their study, Dr. Curt Hileman, one of the principal researchers, stated:

"Overall, the research findings clearly indicate that clients showed considerable improvement for all 11 aspects of psychological well-being which were considered. In fact, many of the clients showed dramatic improvements. Perhaps most importantly, at the end of the 13 weeks, test results tended to indicate significantly higher levels of global psychological adjustment. Also especially important, based on our perspective on basic factors which influence healthy development, individuals at the end of the Process had much more healthy attitudes toward their parents than they did when they first enrolled. In keeping with these patterns, clients showed stronger signs of accepting and valuing themselves, marked by a decrease in anxiety and depression symptoms. In terms of relating effectively with other people, the clients tended to be less distrustful and MMPI indications suggested that others were apt to view them as easier to talk to and be with at the end of the Process. Finally, pre- and post-Process changes suggested that, after the Quadrinity Process, individuals were in a better position to make constructive and forethoughtful personal decisions and were less likely to resort to alcohol or drugs as a means for coping with personal distress."
zurück
Möchten Sie sich zu einem unverbindlichen und kostenlosen Telefongespräch anmelden?
Telefongespräch 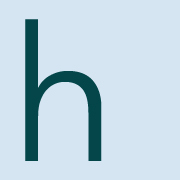